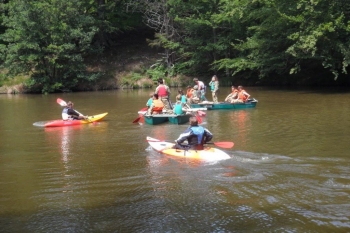 The Combined Cadet Force has aimed to "provide a disciplined organisation in schools so that pupils may develop powers of leadership by means of training to promote the qualities of responsibility, self-reliance, resourcefulness, endurance and perseverance" ever since it was assembled in 1948, shortly after the end of the Second World War.

With just over 50 cadets, Ark Alexandra’s Combined Cadet Force (CCF) is one of the newest contingents in the South East. 3 members of staff provide a varied and exciting training programme every Tuesday afternoon, as well as one Field Day per year and a four-day camp. The contingent is commanded by LT Burchell who has a number of years military experience with the commando forces. He is assisted by section commanders 2nd Lt. Mr Sully and 2nd Lt. Ms Clark. There are also voluntary overnight tactics exercises and range days, and the opportunity to participate in MoD-sponsored adventure training and military-based courses around the country.

Students from years 8 to 11 can join the CCF. Adventurous activities dominate the programme but this is balanced alongside the delivery of a core cadet syllabus. Pupils take pride in performing impeccably on formal occasions, such as on Remembrance Sunday when the whole contingent parades. Field Day offers an important chance to put into practice all the skills learned though the year.

The Army section enjoys its overnight field exercises in nearby Ashdown Forest. All cadets have the opportunity to participate in a residential camp experience in the final weeks of the summer term, the culminating point for their first year of training.

Opportunities to show and develop leadership in this forum are exploited in the programme. All cadets are introduced to the Cadet Leadership Code. Year 11 cadets have the opportunity to complete a rigorous leadership package where, among other things, they learn and are assessed on the skills of teaching lessons and leading others in tasks. Pupils then become the leaders in the CCF in their final two years at the Academy and are expected to teach and lead junior cadets under guidance from staff.

The Army Section provides cadets with a challenging range of activities including infantry work, first aid, map reading, orienteering, weapon training, camp craft, battle craft and self reliance. Skills as instructors and leaders are also developed. Infantry exercise weekends and a week at Summer Camp provide many activities for both military and adventurous training. Army scholarships at Sixth Form and University level may be awarded to suitable applicants
The CCF is however not primarily intended as a recruiting wing for the Armed Forces and carries no liability for military service. Having said that, a high percentage of commissioned officers within the Armed Forces have previously been members of a CCF Contingent somewhere in the UK.

It should be noted that much of the activity carried out by the CCF can count as part of the service activity within the Duke of Edinburgh Award Scheme. In return for all that is offered we insist that cadets attend training after school every Tuesday. A dispersal parade is held at 1715. If a student cannot commit to this minimal requirement then the CCF is not for them.

Structure of the CCF 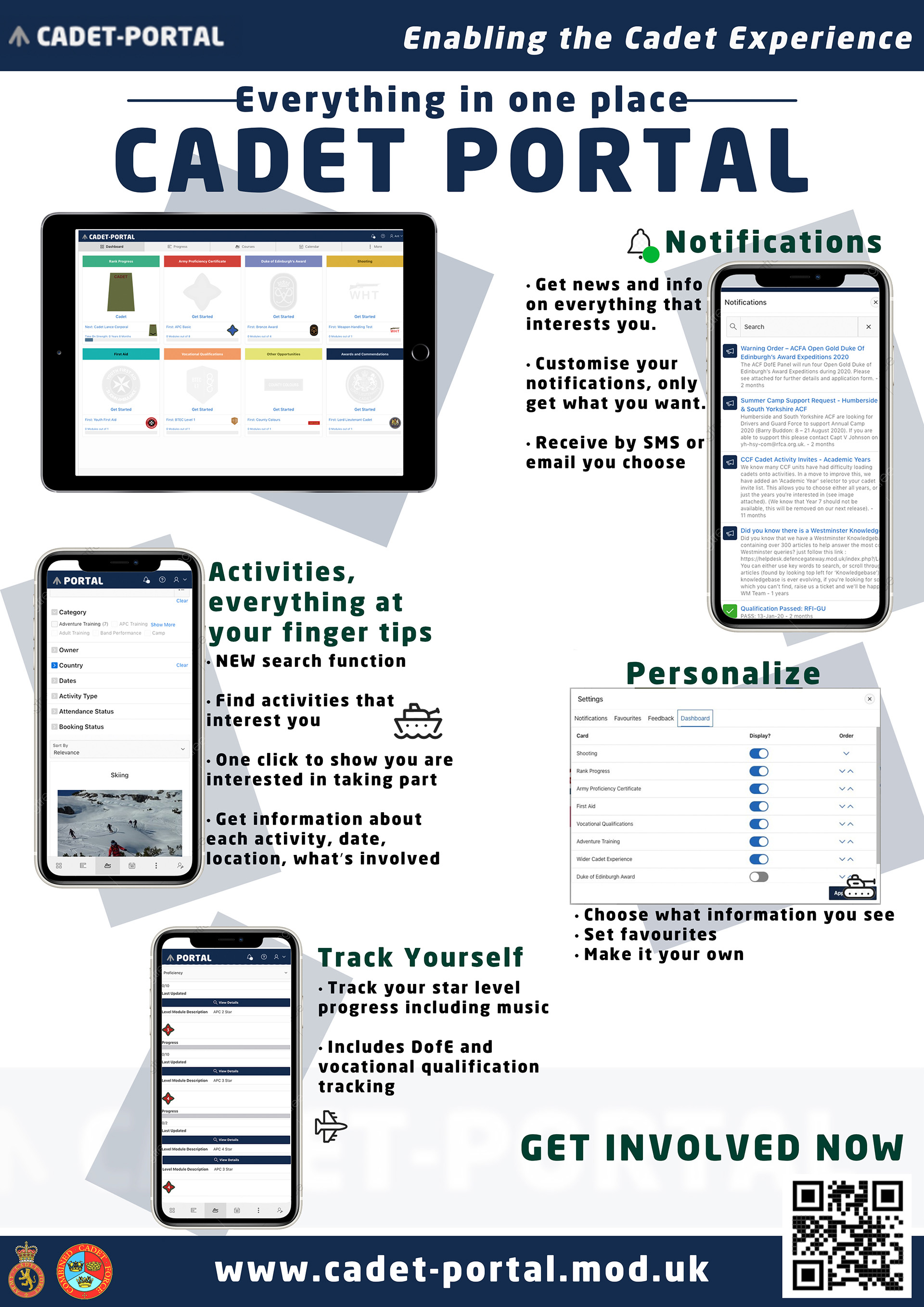 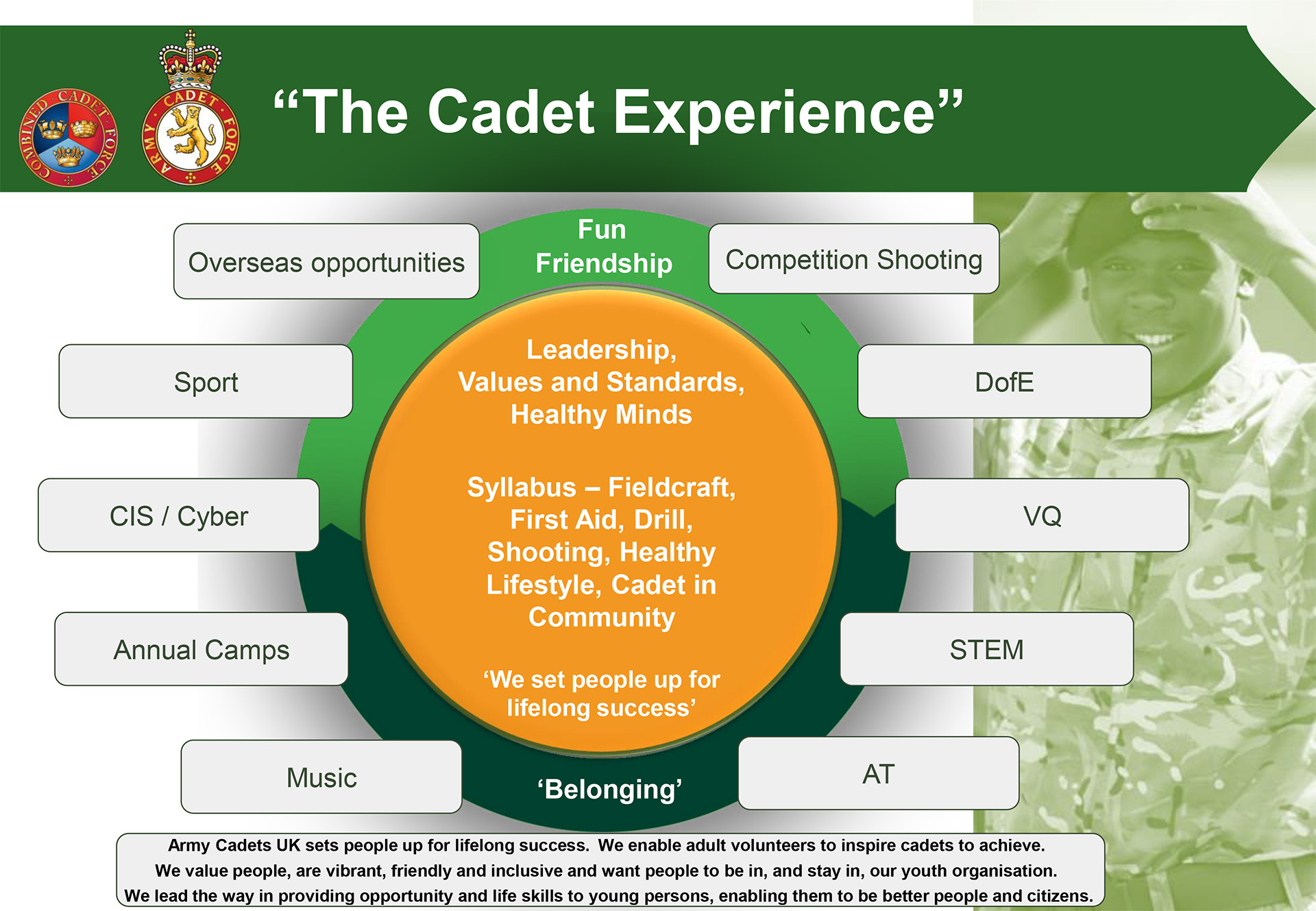 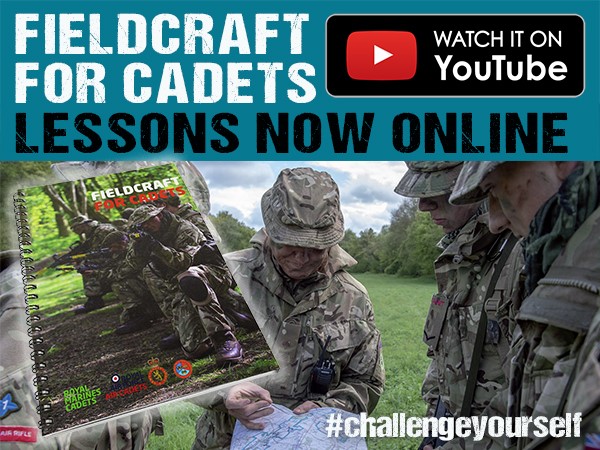