Academies are schools funded directly by the government (rather than via the local authority). They have more freedom to innovate. However, academies are still accountable to the Secretary of State for Education. To share best practice and maximise the use of resources and best practice, many are part of multi-academy trusts – a network of schools under one legal body.

Ark Alexandra Academy is part of Ark Schools – a leading education charity and one of the country’s top-performing academy operators. Ark is non-denominational, and does not make any profit from running its schools. All our schools are non-selective.

Every school in the Ark network is the legal responsibility of the Ark Schools Board. This board focuses on statutory duties and delegates most day-to-day responsibilities to each school’s individual Local Governing Body (LGB). This means that, unlike in most non-academy governing bodies, Ark Alexandra Academy governors will be able to concentrate on the things that really matter – educational strategy, school outcomes and aspiration.

The Ark Schools Articles of Association, Master Funding Agreement and Accountabilities Framework can be found on the Ark website.

Ark Alexandra Academy’s LGB is made up of six to twelve members appointed by Ark, including the Chair. These are usually people with local connections or interests who are committed to supporting educational opportunity in the area and can include up to two parent Governors. There will be at least one governor appointed by the Diocese. The Executive Principal and Regional Associate Principal of the school will attend LGB meetings.

Ark aims to create a balanced group that will have the right skills, connections and dynamic for the LGB to work well and support the school in achieving exceptional outcomes.

If you wish to contact our Governors, you are interested in becoming a governor, or if you have any governance-related queries, please contact our Regional Governance Officer, Charles Shaw at charles.shaw@arkonline.org. 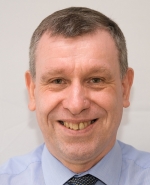 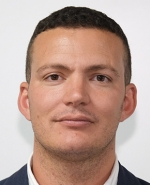 David is an entrepreneur and business consultant with expertise in social enterprise and purpose led business. He has worked extensively in recruitment, training, and careers education.

He is currently Director of Impact and Innovation at Supplytrain CIC, a social enterprise supporting young people into work across the UK. He is passionate about the social enterprise movement and actively supports entrepreneurs and ventures through his consultancy firm Rebellion and at Westminster Business School where he is a Visiting Lecturer for Social Enterprise.

David grew up in Hastings and attended William Parker school from 1995 through to leaving the sixth form in 2002. 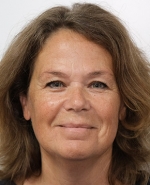 I have worked as a journalist for most of my working life, primarily for the Daily Telegraph as well as other broadsheets and magazines. I have also worked in broadcasting at the BBC and independent radio stations. In the last few years I have changed lanes into writing film scripts. I have a BA in Philosophy and English. 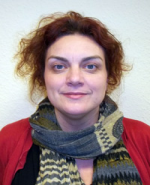 I am a Practice Manager for Children’s Services at East Sussex County Council. My previous role was as a Child Protection Chair and Independent Reviewing Officer which involved overseeing Child Protection and Looked After Child plans and brought me into contact with schools across the Country. I have also been an Associate Tutor / Lecturer at Sussex University. I grew up in Hastings and feel strongly that children should be provided with the same opportunities and ambitions as those in other areas of the country. I have had three children and two step-children at Ark schools so feel that I have a good understanding of what the Academy has to offer, its strengths and those areas where there is the potential to improve. 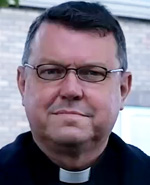 David grew up in rural Norfolk and after leaving school he initially worked as a carpet salesman and then with the Mission to Seafarers in Africa, before training and qualifying as a secondary school teacher. When he became a priest, he continued to support local schools and eventually became chair of governors at the church school in his parish. David has been the Rector of St John’s Church in St Leonards since 2014 and is also the Rural Dean of Hastings as well as being part of the chaplaincy team at Ark Alexandra. David looks back with fondness on his teaching years and particularly enjoys helping to support students in difficult circumstances. 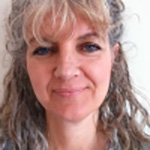 Mary Quinn has a proven track record of consistently improving Key Stage 2 results. Before joining Ark Blacklands in 2016, she worked for ten years as a Year 6 teacher and English Lead. As Lead Coach at Ark Blacklands, Mary successfully nurtures and coaches teachers, developing their skills and improving the practice of not only NQTs but established teachers who wish to move from good to outstanding. Mary has a passion for reading and the necessity for children to keep reading as they progress through school, in order to reach their full potential. She is excited about continuing this work as a Governor of Ark Alexandra alongside helping support Year 7 with their transition to secondary school. 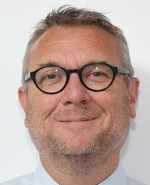 Mark has lived in the Hastings area for 20 years, and has two daughters at an Ark primary in the area, which gives him a good understanding of and a vested interest in the standards which the schools strive to achieve. He works from home for a large banking group and in his spare time he is a volunteer Coxswain for the RNLI in Hastings, which sees him leading a team in unpredictable and challenging circumstances. 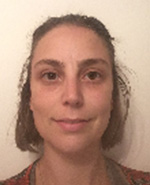 Rebecca trained and began teaching in Secondary Schools, initially in PE and Dance, before moving to primary. After 10 years she joined Ark in 2018 as English Regional Lead.  Through this role and her current role as Deputy Headteacher for Ark Castledown, she has supported and coached teachers, nurtured their early careers and provided training and development to those taking on leadership responsibilities. 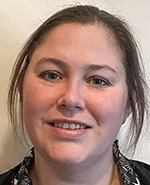 I have taught in a special needs school in Hastings for the last 15 years. As part of my role, I work closely with many mainstream schools across the county to ensure appropriate provision is available for children with behavioural difficulties or a diagnosed SEN. I have 3 children who all have been educated in Ark schools, primary and secondary. I have witnessed and been part of the change to an academy and understands the strengths and areas of development needed in his process.

All appointments are made by the Governance Director for Ark. The term of a governor is three years, except for the Principal who remain a governor for the duration of their time in post.

Register of Interests and Attendance