On Saturday, 29th January, Ark Alexandra sent a team of Year 9 and 10 students to compete against in the First Lego League competition in London. The team had been working after school for the last few months on designing their Lego robot and coding it to complete missions to provide aid following a simulated earthquake scenario.

Their first task on arrival at the venue in London was to present their robot to a panel of judges. The team had to showcase their robot’s design and explain how innovative technologies ought to be used to solve real-world problems. They were praised by the judges for their teamwork, passion, and well-researched presentation.

Next, the team had to prepare for Robot Games. Over the course of the day, teams had three opportunities to complete the 12 missions with their robots. In between attempts, the team could make tweaks to their design and coding work. Mr Kwapong and I were very impressed that the team improved on their score each time. This showed that they had an amazing ability to identify problems, think logically to find solutions, and then work together as a team to implement them.

Overall, the team came third out of 10 schools and won a ‘Rising Star’ award for their efforts. This was particularly impressive as the team was only formed this school year and have only had a couple of months with the relevant kit to prepare with. Most importantly though, they all really enjoyed the day and are now looking to take home the main prize next year. 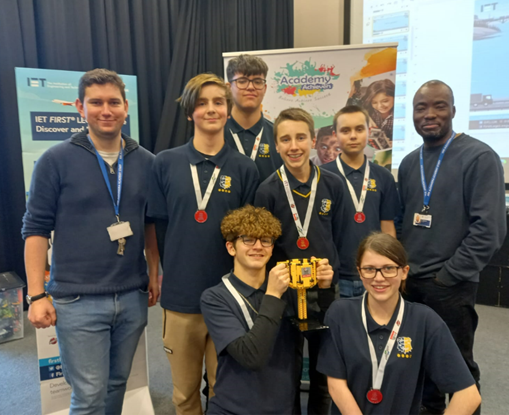