Having set up a cadet unit on the Parker Campus in 2019 with 15 cadets and 3 members of staff, the contingent currently has 126 cadets and 73 junior cadets parading each week along with 9 staff either as officers or acting under officers.

We are pleased to announce that the work of Mr Burchell who set the contingent up was today recognised by the army. He has been the driving force behind the recruitment and promotion of the cadets across the academy and further afield. As recognition for his work and successfully passing a number of military qualifications, he was today promoted to the rank of Captain.

The contingent while on parade witnessed him receiving his promotion from the Principal Mr Collins at last night's training evening. 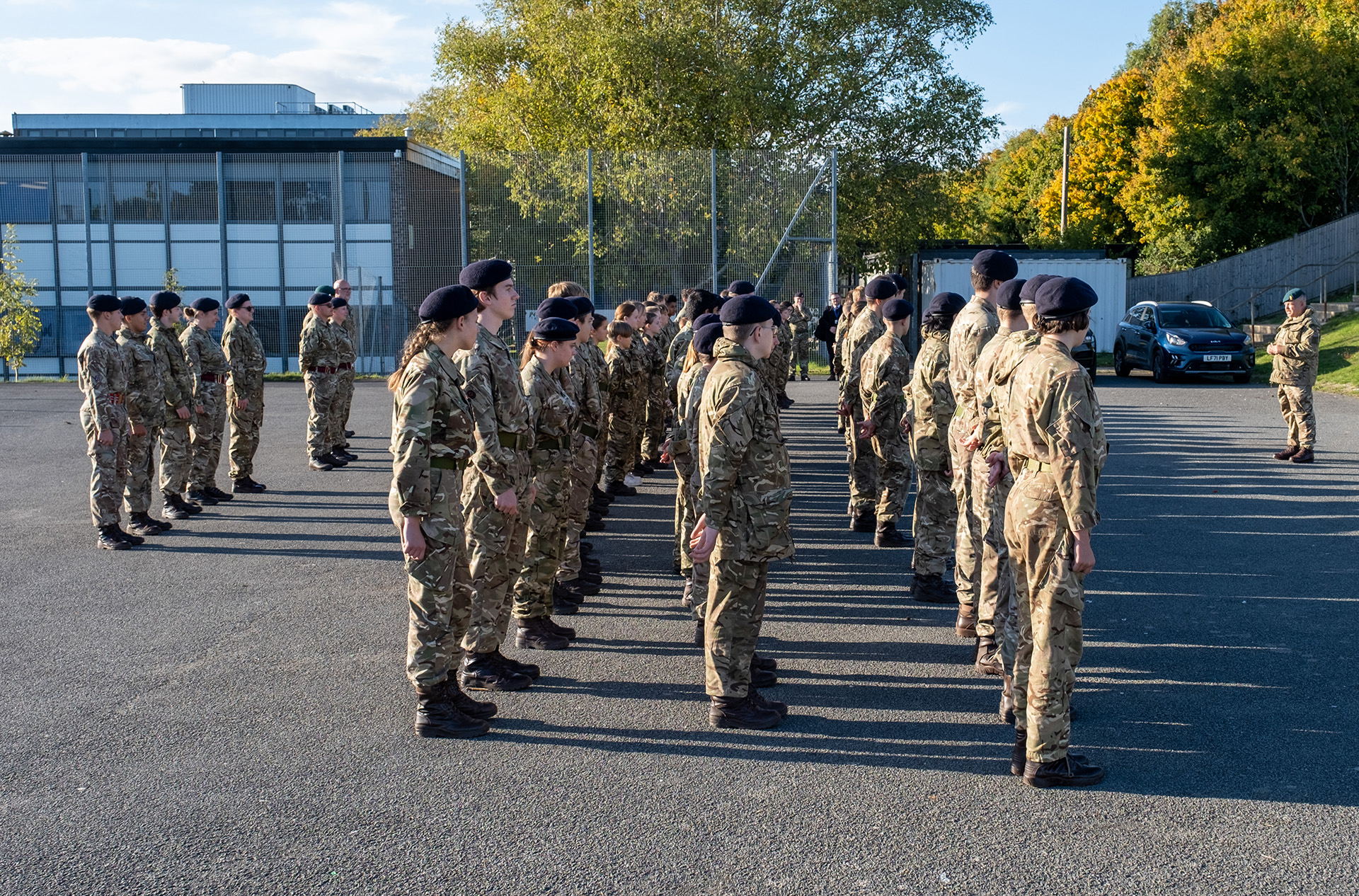