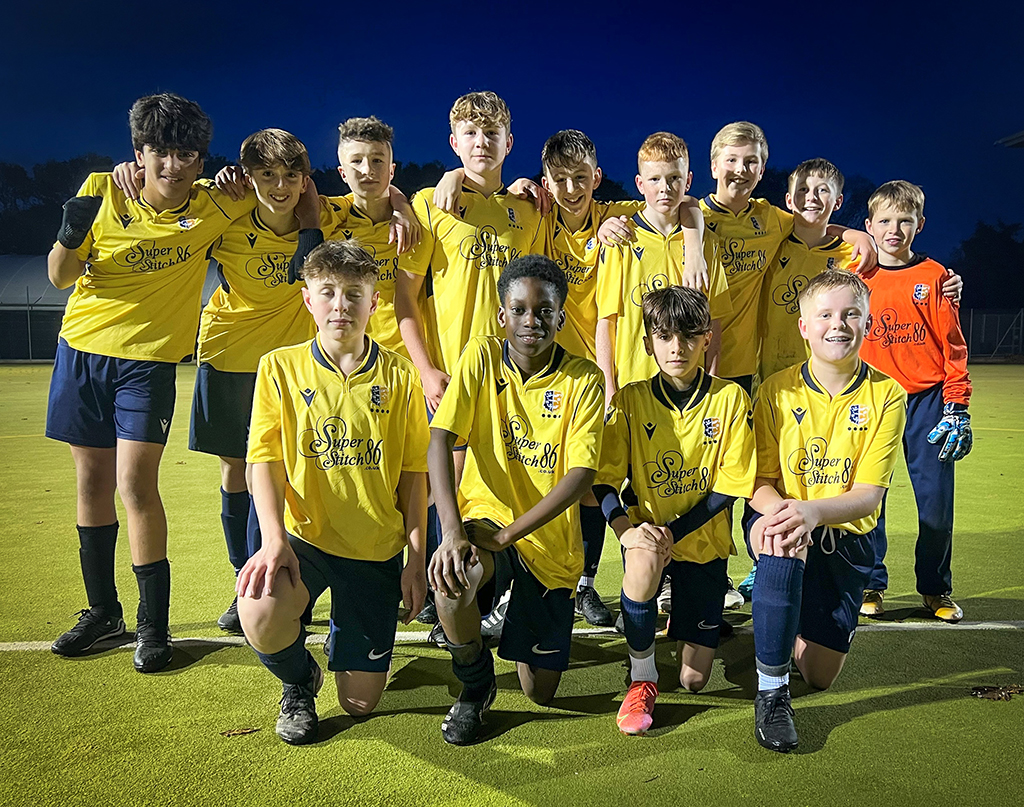 The year 8s went into this game with a point to prove. Bexhill were the only team to beat us last year so the boys knew that they were in for a tough game. The game started with Ark showing their quality and keeping possession very well against a strong Bexhill team. Sonny Tyrell, Charlie Ryan and Sammy Al-amoodi came close to opening the scoring on a few occasions but failed to hit the target. Bexhill rode their luck I the first half and as we thought we were entering the break at 0-0, Ollie Jones popped up at the back post to calmly finish off a great team goal. The second half started similar to the first, however this half we seemed to know where the net was. Kassim NjieNjie who came on at half time, scored with his first touch of the ball, again calmly slotting in to the goal after some great team build up. Kassim then doubled his tally for the game, with another calm finish in the 6 yard box. Bexhill had one shot on target in the whole game, but our trusty goalkeeper Dougie Bick was alert and made a fine save. The year 8s got into their stride, popping the ball around their players for fun and their quality on the ball was too much. The powerful Roman Nadiri scored our 4th with 5 minutes to go, with a strong finish from the edge of the box.

The year 8’s are still unbeaten this year, and in to the 3rd round of the county cup competition.

Sam Banfield was Man of the Match for the game!!

Our talented students dazzled the audience with a 1930s musical of song, dance and drama.
Our year 8 reading mentors did a fantastic job at supporting our year 7s with their reading.
Ark Alexandra Academy Newsletter 2022-23 - Term One out now!
It's the end of term and we're feeling festive. Merry Christmas everyone.
Sixth Form students visit London on a Political Trip.